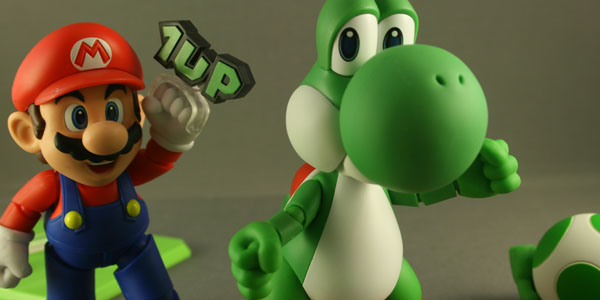 SH Figuarts Yoshi joins the Mario Bros this month to take on Bowser and his minions. Over the years there have been many figures based on the famous plumbers and their world, but SH Figuarts has really created the ultimate versions of all the characters so far.

Yoshi rounds out the core team of heroes with not only extras but improves on the simple Jazwares version that came out last year. The articulation is on par with the rest of the line with multiple points on each of his limbs and body. The typical figures in our big box retailers shy away from removable limbs and extras, but this figure is loaded with them. There are multiple options for hands as well as shells. Because of the different sizes of the Brothers, Yoshi comes with two seats to accommodate the shorter Mario and taller Luigi. Balancing the pair can be difficult, so thankfully he comes with a stand.

There are a few issues with the figure, minor, but still something to consider. The tongue is a nice effect, but can not do anything. A clip or peg to hold one of the enemies would have really helped to set off the figure. Also the Yoshi egg can only be held by Yoshi himself. It is attached to the extra hand, and can not be removed. Putting the small peg holes like the shells would have allowed the Brothers to hold the egg too.

This first release of the figure had one little extra, a one-up mushroom and hand clip for the guys. It is a nice touch and sure to be in high demand once the figure hits retail in the U.S..

This line continues to impress, combining accurate versions of the characters with tons of pack ins and lots of articulation. Yoshi should be in stores soon, and surely at SDCC in a couple of weeks. 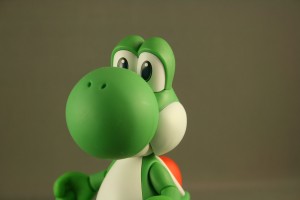 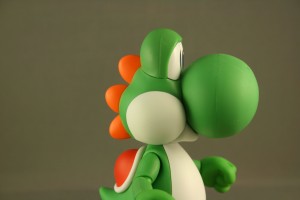 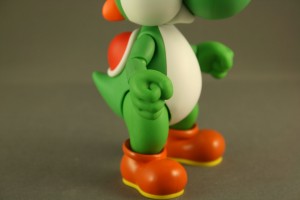 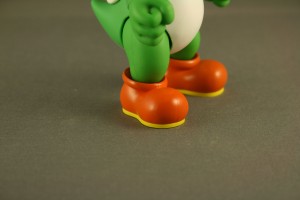 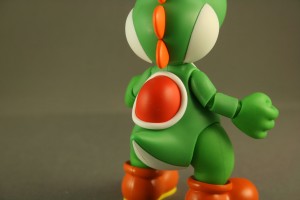 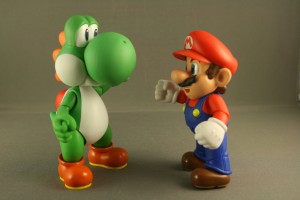 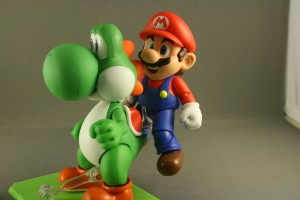 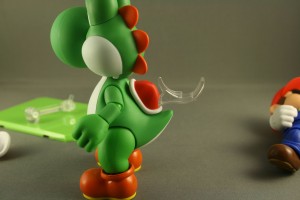 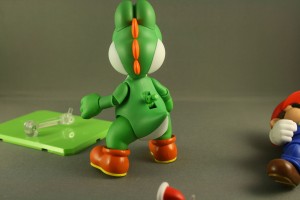 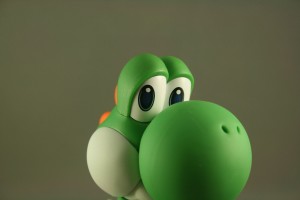 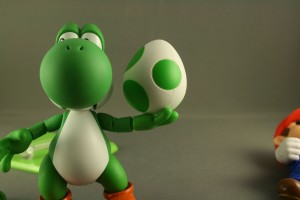 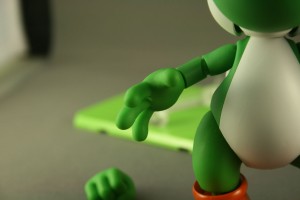 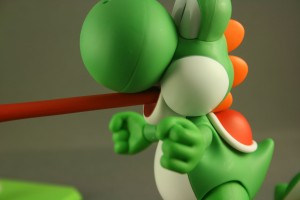 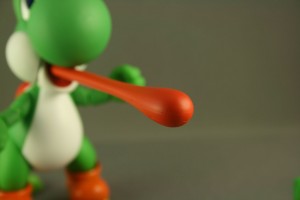 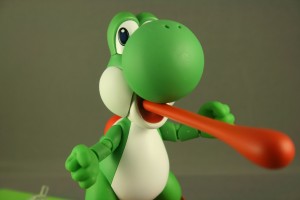 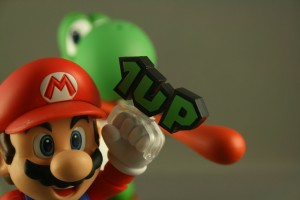 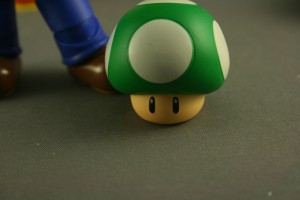 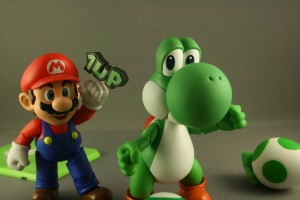