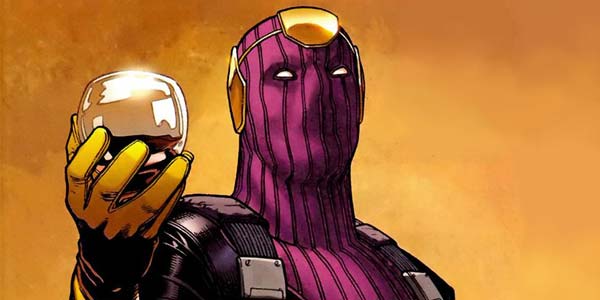 The awesome actor will be playing an awesome character in Captain America: Civil War.

When it was announced that Daniel Bruhl (of Inglorious Basterds and Rush fame) was joining the cast of Captain America: Civil War, many speculated he would be playing one of the last Nazi/ Hydra villains yet to appear on the big screen– Baron Zemo.  And now, a recent casting call sheet seems to confirm this rumor.

I’m stoked, for several reasons.  Zemo was a great villain in Cap lore… both of them.  See, the first Zemo, Heinrich, fought for the Nazis in World War II, running afoul of Cap and his allies time and again during the war.  That Zemo died during the war, but his son Helmut would adopt his father’s mantle and became one of The Avengers’ most deadly foes.  He also founded and commanded the Masters of Evil, essentially the bad guy version of The Avengers.

I would guess Bruhl would be playing Helmut, who will serve as an antagonist in the story, possibly assuming Red Skull’s role in the back half of the Winter Soldier/ Fallen Son storyline which this film will likely draw from.  I’m curious if Zemo’s lineage will roll into his on screen appearance… it would be the perfect opportunity to revisit WWII Cap yet again, with a flashback to his encounter with Heinrich during the War.

What we know for sure is Bruhl has proven he can bring some serious weight to a role, especially playing quasi-sympathetic bad guys.  And Zemo is a great character, one that I cannot wait to see Marvel adapt for the big screen.  I’d be worried that stuffing him into the Cap vs. Iron-Man story might be wasting this character, but Marvel’s track record thus far tells me it’s more likely Zemo will be introduced here and established to lead the Masters of Evil down the road in Marvel’s Cinematic Universe.  That would certainly be a killer set up for The Avengers’ next foe after Thanos in Infinity War.