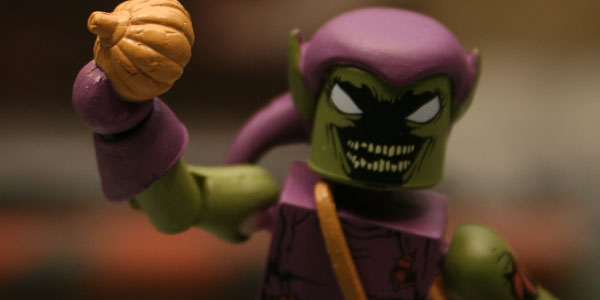 The zombies have arrived in the Marvel Universe and the Diamond Select minimates perfectly capture the gore and fun of the characters in one tiny package.

The zombies villains set packs a lot into the tiny box. In the set you get 4 characters (Green Goblin, Galactus, Red Skull, and Magneto) and a ton of accessories.

The Goblin dressed in his classic costume has a few paint on zombie effects, including a thigh bone popping out of his left leg. The figure also comes with and extra head and hand. The head is hungry zombie Norman Osborn with exposed choppers and his signature wavy hair. He also has a satchel and extra hand has a Goblin bomb molded into it. In addition to the regular figure stand he also has a Goblin glider, with smoke stand. 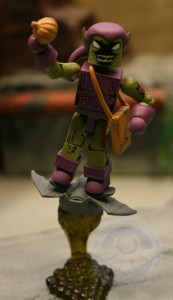 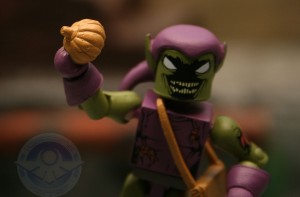 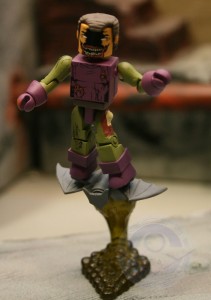 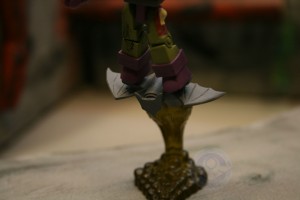 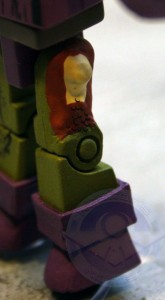 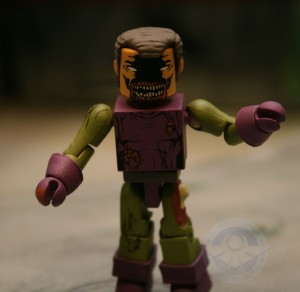 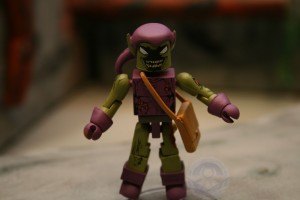 Magneto the evil mutant comes with his own stand, which is clear to maker it look like he is floating. He is in his classic costume, with a few rotting spots in clouding the front and back abdomen which is made from clear plastic. The reason for the painted detail on the clear plastic is to make it appear as if his spine is sticking out, it is a fun effect with no additional tooling costs. His helmet is removable, and he comes with a white hair piece to give him two looks. He also comes with some hand blasts, but because of the gauntlets on his wrists it is hard to keep them on his hands. 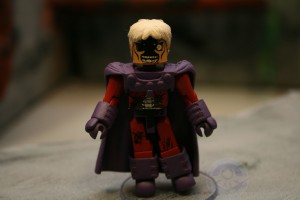 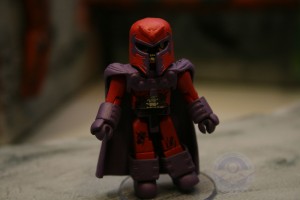 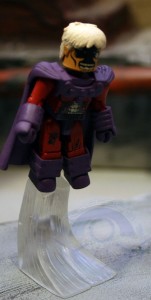 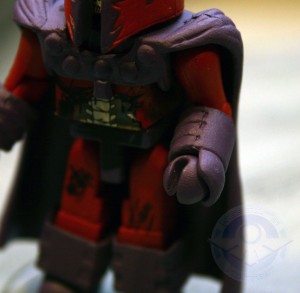 Speaking of the gauntlets, they fit perfectly on the world eater Galactus. He is slightly larger than the other figures in both height and bulk. The helmet is removable showing off a toothy face. The figure also has an additional stand which is a floating space rock. 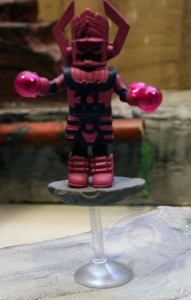 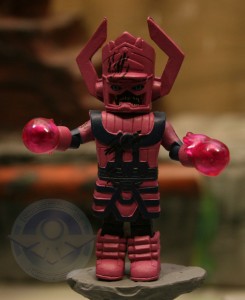 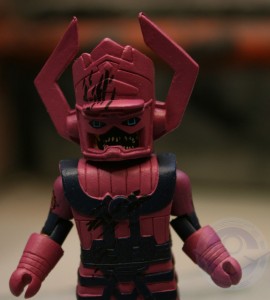 The final figure in the set is the zombie Red Skull, and is the most versatile of the set. The Skull comes with two arms that look like they have been either chewed or rotted off. He also has to additional normal arms which can be swapped out. He has to guns, which both can be stored on the figure. He also has one of the additional accessory, a guts stand. His legs or any of the fires legs can be removed and replaced with the spilled guts lower half. 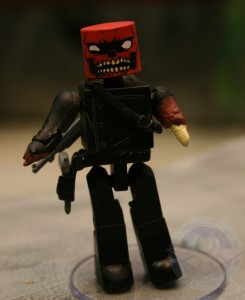 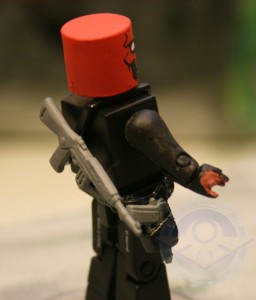 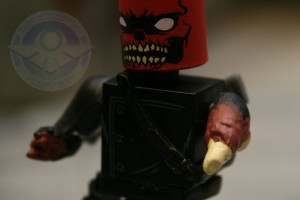 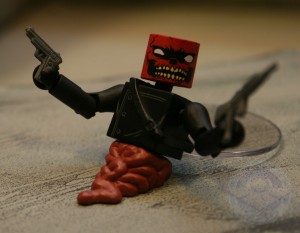 Overall this is a great set which add not only to the zombie world, but give some fun accessories to other Minimate figures. 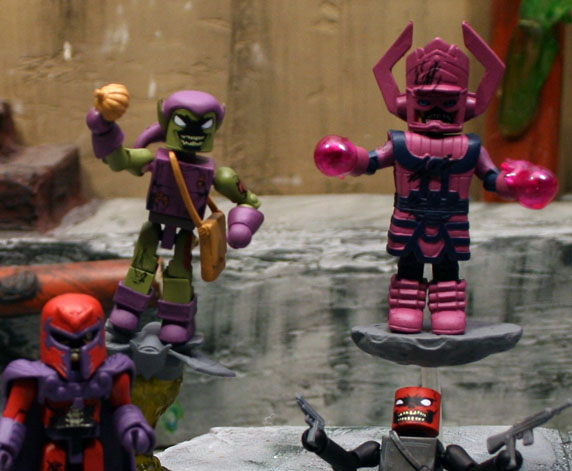 Thanks to Diamond Select for this set for review.