Zoolander 2 Is a Thing That’s Happening 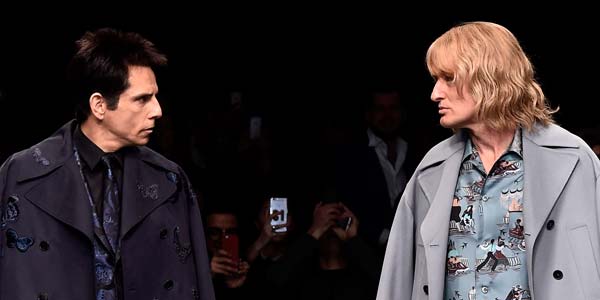 Derek Zoolander and Hansel made a surprise appearance at Paris Fashion Week to announce the new sequel hitting theaters in 2016!

If I was to compile a list of the most quotable movies of the ought’s, Ben Stiller’s Zoolander would be way, WAY up there.  That movie brought us deep into the high stakes world of male modeling, taught us the dangers of gasoline fights, and affirmed that the inventor of the piano key necktie is– indeed– a megalomaniac.

It’s been 14 years since the world was stunned by the first appearance of “Magnum,” Derek’s ultimate male model expression, but now he’s making his comeback!  Stiller and Owen Wilson made a surprise appearance– in character as Derek Zoolander and Hansel– at the Valentino Women’s Collection Fall/Winter 2015-16 Fashion Show during Paris Fashion Week today, and it was everything you hoped it would be.

Strutting in from the back of the house to the tune of The Human League’s “Don’t You Want Me,” Derek and Hansel looked amazing in their overlaid robes on top of a sleek black suit and stylish print PJs’ respectively.  And while no Malaysian Prime Ministers were rescued from assassination attempts, Derek DID have one sexy turn left, proving that he’s perfected his abilities as an “ambi-turner” over the past decade.

Check out the footage as our favorite male models make their grand return below.  Derek and Hansel are set to light the world of male modeling on fire in theaters on February 12, 2016.